Description :
Minut Init derived from the British slang, 'Minut Aint It?' which perfectly describes the art space which was originally a small office in the vibrant area of Uptown Damansara, where predominantly famous for its variety of food hawkers.It is a small place for art to be presented in its true nature of the artist's choice and make use of every little space in oppose to the obligatory empty spaces of general art galleries. The gallery itself is seen as a canvas for the curators and artists to decorate as they see fit. It is an unique space where the audience are made comfortable in order to have an easier understanding of the arts instead of the traditional galleries where the overwhelming arts often creates a sense of social detachment and barrier. 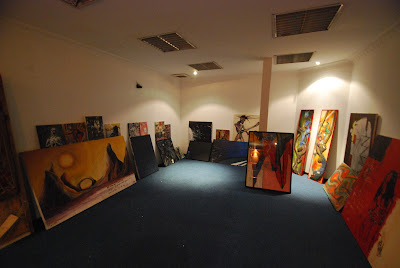 Objective (What am i trying to do) :
The purpose of the establishment is to build a platform where Malaysian-based Artists are able to express their artistic values and works without the discrimination of censorhips. It is also intended to become a melting pot of all aspect and range of artworks from various artistic perspective and lifestyle.
In addition, the institution wishes to shed light onto the neglected underground art scene and build a respectable reputation for the artistes that have been undervalued. Thus also educating the public on the hidden treasures of the local talents. Furthermore, the gallery is intended as a haven for novelty seekers and social interactions of an alternative lifestyle. Overall, Minut Init aims to change and revolutionize the local art industry and the perspective of the public towards artists in general.


Technics and method :
The techniques and methods used in order for this project of a Studio Galleria to succeed is the balance of  marketing, curating and interior designing.

In the aspect of interior designing of the art space the techniques used are often in constant changing of the placement of the contents.

- Furniture and lightnings would be perfectly placed according to the arrangement of the artworks and would vary from time to time.
- The artworks in the gallery would be showcased in the style chosen by the artist and cover the entire space in a proper placement that suits the theme of the exhibition.
- An appropriate arrangement of the arts are highly prioritize to ensure the correct blending and emphasizing of the works. 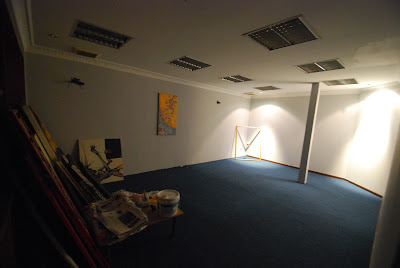 
In addition, the necessary methods taken in aspect of marketing is the wide coverage of media exposure. Using contacts gathered from previous social engagements we set up interviews to promote and expose the gallery and the events from all range of medias such as :
- Radio talk shows ; BFM
- Magazines : Esquire, Juice (Art Gallery of 2011)
- Television channel : 8tv Quickie
- Newspaper : The Stars
- Internet : Facebook, Blogspot, Tumblr, Art Radar Asia Journal, Twitter 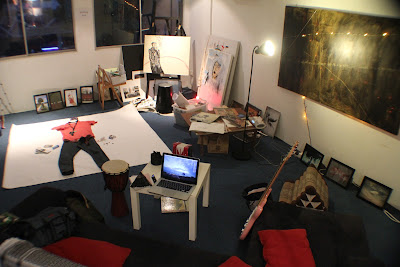 Research on similiar:
For this project the similar galleries that i have researched on are :

1) Art Village : G13 Gallery (Malaysia)
- It is one of the local art gallery which has been establishment by the TengArt Illustration company  back in 2005.
- Its one of the new art galleries which is located in a unique space of an office building in Kelana Square, Kelana Jaya, an area which is similar to Uptown Damansara and not a usual place for an art gallery
-The location and the space of the gallery is though wider than Minut Init but displays its artworks in a quite similar fashion with the exception of an obligatory empty spaces in between
- It has been exhibiting many renowned local artists as well as upcoming talents with supports from the well known art communities
- Unlike Minut Init, this gallery has the financial endorsements from private and government companies which has enable them to execute bigger projects
- Though the marketing and exposure of the gallery is focused only on the elite few of art enthusiast and big name art collectors
- It is stated that their mission is to nurture the local art scene and have done efforts of charity events and workshop for the public, nevertheless it still constrict itself to the standards of censorship and acceptability of the more general art and neglected the street artist.
- It is also rumored like many other art galleries in Malaysia to mistreated the artist by taking a higher percentage of the art sales

2)Backwood Gallery (Melbourne)
- Founded in 2010 by Alexander Mitchell, this gallery has become the prime destination for Australian and International Street Art enthusiast and artist alike.
- The main mission of the gallery is to build a bridge in the gap between street art and the gallery wall while retaining the authentic vision and philosophy of the artist.
- It has participating artist such as Mark Bode, TwoOne, RONE, Toshikazu Nozaka and many more prestige artistes.
-  It is an art gallery that celebrates and supports the street arts without any discrimination or censorship and thus being the perfect role model for Minut Init. 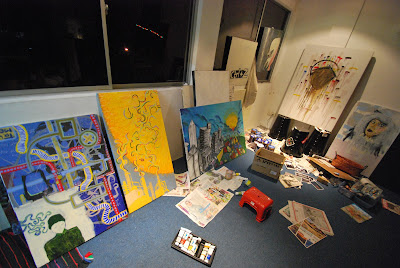 Philosophy and theories:
- The philosophy used when setting up the gallery was a rebellious notion against the society and authorities tendency to cover up the truth of the art and thus limiting the freedom of speech in Malaysia.

- Our ideology is to ensure the survival of expression without boundaries which has always been the essence of Arts and could be traced back in history to the Athenian philosopher, Socrates.

- As Victor Hugo once said  “Freedom in art, freedom in society, this is the double goal towards which all consistent and logical minds must strive.”

- At Minut Init, we believe that art should not be constricted to the manner which the authorities see fit and should be a form of expression of the truth from the artist perspective. Thus only the artist should control the delivery of the content.

- We also believe that Art should not be a distant and alien window of a reality which the audience would have a hard time relating to but instead Art should be positioned in a comfortable manner that enables the audience to glimpse into the artist's perspective with ease.


Evaluation :
- In conclusion, Minut Init Studio Galleria is in the right track of achieving its goal.
- Though we are still young and respectively small in comparison of other international galleries, I am proud to see how a simple idea with low financial support and funding has escalate itself to becoming a beacon the young artists in Malaysia.
- There would no doubt plenty more things to execute in order to fully succeed in changing the local art scene, nevertheless the guys behind the gallery are young and hungry to strive achievements.